Butter cakes are not only part of the traditional culture of Marchena, Seville. It is also a traditional product in Izmir, Turkey where they came from Spain in the 15th century carried by Sephardic Jews.

So traditional is this product in Izmir that the municipal authorities of Izmir have sent free butter cakes, which there called Boyoz to the houses of the most disadvantaged citizens last Monday, April 13, distributing 25,000 boyoz for free.

The authorities gave the population in bags an essential flavor of Smyrna such as the Boyoz (butter cakes) that are taken there with tea and hard-boiled eggs. Although special attention was paid to the rule of social distance during the cast.

Every year in this city the Boyoz Festival is held, which translated would be the Butter Cake Festival, whose last edition was on October 6, 2019, distributing 15 thousand boyoz to citizens in the Gündoğdu square, organized by the City Council. At the festival, where approximately 15 thousand boyoz were distributed, boiled eggs, cheese and tea were also served to citizens.

A COMPANY THAT EXPORTS BUTTER CAKES UNDER THE SMYRNA BOYOZ BRAND

In Smyrna there are already entrepreneurs who have set themselves the goal of turning the Boyoz brand of Izmir into something known throughout the world and for this they have set to work since last year. «Boyoz will be an indispensable product worldwide,» says Musa Turan, CEO of Grupo Mim, a company that has signed distribution agreements with countries in the Middle East and America. Under the brand «Smyrna Boyoz», this businessman has already started a plan to export butter cakes with the United States and six countries in Europe, Qatar and Kuwait. 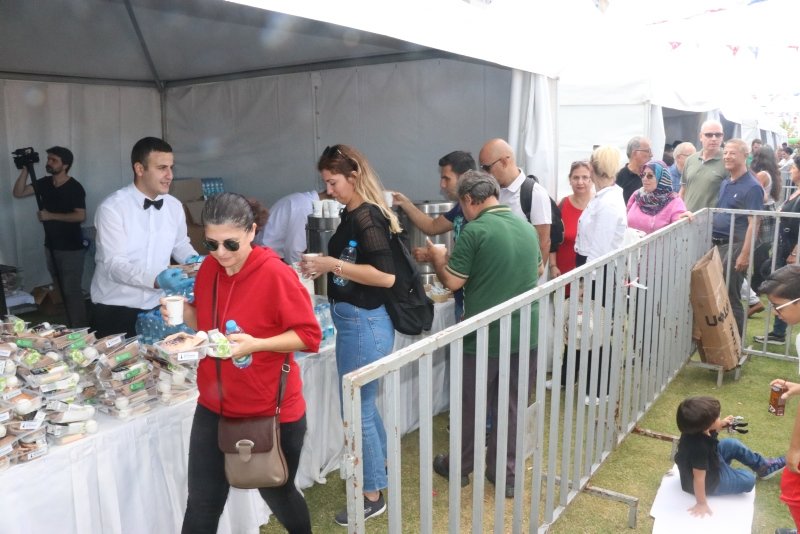 A year ago the president of Smyrna Boyoz, Musa Turan, presented the boyoz with caramel, coconuts, dark chocolate, pistachio, fig, apple-cinnamon, raspberry and lemon in order to export these flavors to the US and six European countries. They have a production of 3 million units in 2019. «Our first objective is to grow in Europe and the USA and then in China. The boyoz is not only a flavor but also a movement of culture» presenting the product as something typically Turkish compared to French croissant.

Izmir’s traditional Sephardic buoy can be filled with spinach, potato or eggplant ratatouille and zucchini or quince jelly. Both spinach and eggplant are typical Sephardic Jewish foods in various parts of the world.

How the butter cakes from Spain got to Turkey

Butter cakes are traditional in other parts of the Mediterranean such as Romania or Greece and some parts of America where they were also brought by the Spanish Sephardim. 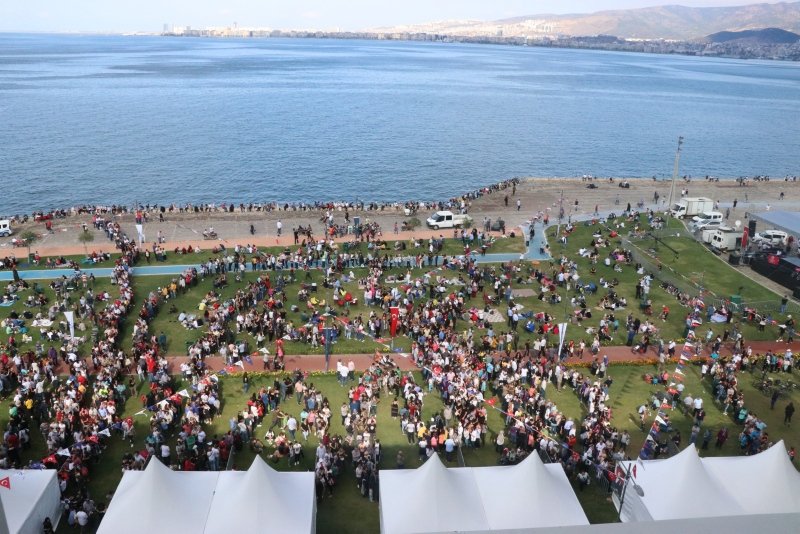 Turkey, England and Holland welcomed the Jews recently expelled by the Catholic Monarchs. Sultan Beyazid II sent Kemal Reis to rescue the Sephardim from the Inquisition in 1492, and granted them permission to settle in their Empire. There was a massive emigration from Spain to Ottoman Turkish Mediterranean lands such as Rhodes, Thessaloniki, and within Turkey, Istanbul, and Izmir.

SAME AS MARCHENA CAKES BUT WITHOUT PORK BUTTER

The dough for preparing the Turkish boyoz is a mixture of flour, yeast, sunflower oil and a little tahina, a paste made from ground sesame seeds. The dough marinated in vegetable oil acquires the consistency of the strudel. In Izmir a popular gastronomic festival is held every year that has this food as its main attraction. 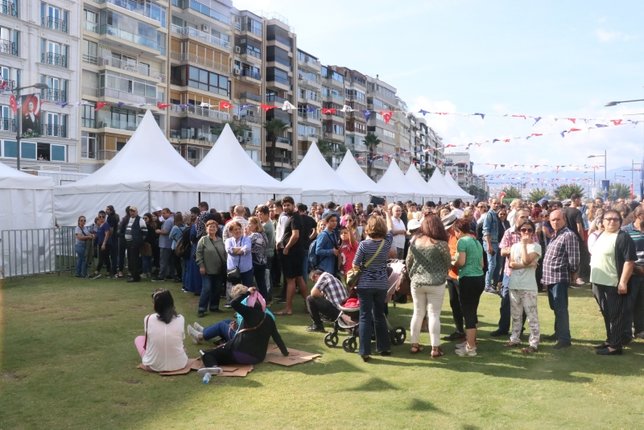 In Marchena, lard is added, which was forbidden to eat Moors and Jews and it is one of those dishes that are part of the identity of the municipality and that the Corpas family continues to make in an artisan way, which has a pastry shop on Avenida Santos Ruano . The Corpas family came to Marchena from Rute, Córdoba, where there is a great tradition of puff pastry.

Corpas artisans currently have three stores in Marchena, Arahal and La Puebla and they make this product in a traditional way, for several generations, but adding honey. Butter cakes are traditional from Marchena, for whatever reason, in the towns of La Campiña they have only been known when honey has been added to them and they began to be sold outside a few years ago.

The Spanish Historical Archive of Nobility found in 2018 a recipe for butter cake dated in the 18th century in the family archive of the Count of Almodóvar, Rafael Ortiz de Almodóvar Pascual de Ibarra (1750-1810) and the recipe is dated at the end of XVIII and early s. XIX.

Then it became popular to have chocolate with butter cakes. It is the time when chocolate and lard enter the kitchens of the Court and nobility and then its use spreads to the rest of society, as production and trade increased and prices fell. The pastry based on lard is reflected in the literature of Cervantes and Benito Pérez Galdós, in meals and desserts.

The original recipe is as follows: «The lard pellets without meat rods (sic.) Are weighed and each two pound of meat is trimmed two more of very white flour flour dough and made as follows. The skins are removed from the butter pellets, and then beat it very well in a trough or basin and so that it is perfectly beaten the dough is prepared and it must be turned and hot enough to bake the bread.